Why Santa Won’t Fit Down The Chimney This Year

We're under the 100 day mark with officially only 97 days until Christmas 2017! If you haven't already begun putting together your holiday shopping list, you'll most likely have to buy a present for someone who goes to the gym regularly, or come up with a gift idea for someone who works out.  Don't expect Santa to have any Christmas gift ideas because his fat butt won't even fit down the chimney!

Gift Idea For Someone Who Works Out – Fitness Christmas Gift Ideas

Santa Claus, St. Nick, Father Christmas, whatever you want to call him isn't exactly the picture of health and fitness.  While technically he's thousands of years old, for some reason time decided to stop aging him somewhere in his mid 70's.  Maybe that's because we'd feel a little intimidated if some shredded up 30 something with granite pecs and 6 pack abs were slipping into our houses at night to leave presents.  However, if this is YOUR version of Santa Claus it's likely just your personal trainer leaving you a hint under your Christmas tree that you haven't been doing a very good job keep those holiday pounds off your waistline. (and btw GymPaws® make great gifts for personal trainers!)

Here are some facts about Jolly old St Nick, and they don't include weightlifting, a gym workout, or Crossfit…

As of 2017 there will be over 300,000 species of living organisms yet to be classified.  While there are no known species of reindeer that can fly, there is a chance they exist and we just haven't found them yet.

If Santa had a present for every child on Earth, assuming each package weighed 2 pounds, this means his sleigh would weigh over 325 thousand TONS.  So if you're thinking of some fitness gift basket ideas, keep this in mind. Luckily for you a pair of GymPaws® weight lifting gloves (which Heavy.com called the best men's weight lifting gloves in 2016) only weighs a couple of ounces.

Given the present age of technology it would make sense for Santa to ship some of his gifts considering the no fly zones over air force bases or near tower-controlled areas around airports. If you're fitness gift ideas include a pair of gym gloves, just save Santa the hassle and buy them online directly from https://www.amazon.com/shops/gympaws .

Fitness Christmas gift ideas presents for gym rats, or gifts for personal trainers isn't as difficult as it may seem.  These people do tend to be pickier than most being that they're usually highly self disciplined with their workouts or weightlifting routines.  Getting them a gift that shows you put some thought into it isn't a bad idea. 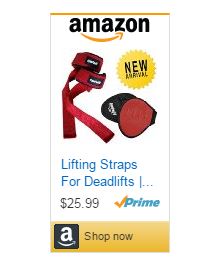 Even if you're not an avid user of Social Media, you likely know what a hashtag is.  You can't... read more

What guy doesn't want to have sexy v shaped abs?  While we all strive to have that six pack... read more 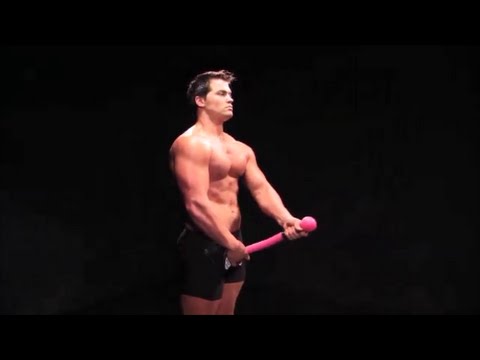 There is some confusion when it comes to dynamic resistant exercises.  Dynamic Resistance Training is NOT the same as... read more