I had a change to catch up with one of my old college buds who used to be on the USC Rowing Crewing, the Trojan Navy.  He’s now a big time Sports Trainer and we chatted about works and fitness trends among other things. 10 years after his days rowing on the open waters, rowing is still on his list of the most effective upper body workouts.  The only difference is that he’s traded the water for the gym,  and a pair of rowing machine gloves.

Is Rowing A Good Workout?

In one word, yes. A rowing workout just may be the most efficient workout you could do because it uses every major muscle group in the body.  Most people see the rowing machine in their gym and pass it by, thinking it’s merely an upper body or arms workout.  Tell that to one of the guys on the USC rowing crew and you just might be eating those new rowing machine gloves you just bought online! With every stroke you’re engaging the muscles of the upper body in addition to your core (abs) as well as your legs.

One of the biggest benefits of a rowing workout is that you’re not just elevating your heart rate and burning calories, you’re building muscle as well.  Just as with a spinning bike, the higher the resistance on the machine, the more intense your workout will be.

It may look like a simple movement, but there is a reason why it is a competitive sport with highly trained athletes.  There’s a right way and a wrong way.  The key is understanding the terminology and assuring you have proper form for a rowing workout.

1. Catch.  This is basically your starting position.  Wearing your “rowing machine gloves” you grab the row bar.  With knees slightly bent, you back should be relatively straight and you want to have relaxed arms and shoulders. You should be looking straight ahead.

2. Drive. If you were on that USC row crew, you’d know that the drive refers to the movement that thrusts the boat thru the water.  The energy comes from pushing through your heels and working up the kinetic chain of muscles until the knees are straight and the handle is at your chest.

3. Finish. When you’re fists are at your chest and your upper body is leaning towards the back of the machine and your legs are extended, this is referred to as the finish. If you were in an actual boat this would be when the paddles are up out of the water.  The propulsion phase has ended.

4. Recovery. This is the last motion which completes one cycle.  The recovery in rowing is when you’re returning back to the starting point. Again, if you were in a boat this would be when the paddles skim across the top of the water to start another stroke.

The reason GymPaws® Gym Gloves have become so popular as rowing gloves is because they’re not a glove!  They’re a cool leather grip with four finger loops.  So protect your hands from blisters and calluses from rowing, without having to wear a bulky glove.  You can check out all the options right here!

Chris Pratt Weight Loss – How He Lost 60 lbs with Crossfit

From waiting tables at the Bubba Gump Shrimp Factory to starring in the highest grossing films of recent years,... read more 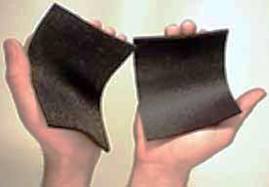 What does a Crossfit circuit, callused hands, and you have in common? The answer should be "nothing!" Working out... read more