The Adonis Belt or Apollo’s Belt refers to the v shaped abs on guys.  Those who have a low enough body fat percentage and are actually able to see the infamous 6 pack abs may be achieve the Adonis belt simply because it’s more a matter of genetics and your body frame than it is the amount of work you put in at the gym.  Even the best abs workout won’t do the trick if you’re just not cut out for it so to speak.  There are a few things you can do to see if you’ll be able to achieve this sculpted look.

What is the Adonis Belt

The v shape that guys can develop on either side of  the lower abs is actually technically called the Iliac Furrow.  It’s a small groove or indentation that’s created by the Iliacus Muscle which runs on either side of the abdominals from the upper hip bone (Iliac Crest) to the pubic region.  Combined with the oblique muscles it forms a “v shape” on the front of the lower trunk region. The Adonis Belt derives it’s name from Adonis the Greek god of beauty and desire.  In Greek Mythology, Adonis was a male figure of such masculine beauty that he was considered “god’s gift to women.”  You could walk through the weight room in any the gym today, and you’re likely to find some guy checkin himself out in the mirror thinking the same thing!  (It’s likely just as fictional.)

Here’s the good news and bad news.  Not everyone will be able to see this groove called the Iliac Furrow simply because of their unique anatomy.  You can be shredded like a pack of cheddar cheese and still never see the v to the p unfortunately.  But let’s assume that your body fat is low enough (probably less than 10% at max), what can you do to help make those money maker muscles pop?

Oblique Planks These are an awesome addition to your abs workout.  They really hit the Obliques and Iliac Muscle while giving your abs a workout too.

1. Laying on your side on the floor, prop yourself up on your elbow and forearm.

2. Lift your hip up off the floor towards the ceiling.  Squeeze your abs and butt tight and hold for a minimum of 30 seconds.

3. Return to starting position and relax.  Don’t rest any longer than the amount of time you held the plank position. Repeat this movement 10 times and move to the other side.

A good variation of this exercise is performed resting your elbow / forearm on a bench vs the floor.  To make the planks more difficult, hold the plank position for a longer period of time. Medicine Ball Ab Exercises As you progress with your abs workout you’re going to need to add a bit of weight to the exercises to make them more challenging.  Medicine Ball Abs Exercises are awesome!  The woodchopper, and stand and twist will give you that burn for sure!

Exercise Ball Ab Crunch The Adonis Belt Workout wouldn’t be complete without exercise ball exercises.  Doing a standard Ab Crunch on an Exercise Ball (also called a Stability Ball) may seem like it’s pretty simple, but you’d be surprised how many people do this ab exercise incorrectly.

1. Make sure you’re NOT pulling on the back of you head with your hands.

2. To keep your spine and head in proper alignment, imagine holding an egg or tennis ball between your chin and chest.

3. As you crunch up, focus on pushing your lower abs back into the ball. You can make this exercise more challenging by holding your arms straight out in line with your body (over your head).

Fitness Model, Author, and Celebrity Personal Trainer Frank Mentier is available for one on one Personal Training in the Los Angeles area as well as Online Training and Nutritional Consulting.  Frank holds certifications from the National Council on Strength and Fitness (NCSF) and National Academy of Sports Medicine (NASM). Connect with Frank using the links below for a Free Initial Consultation. 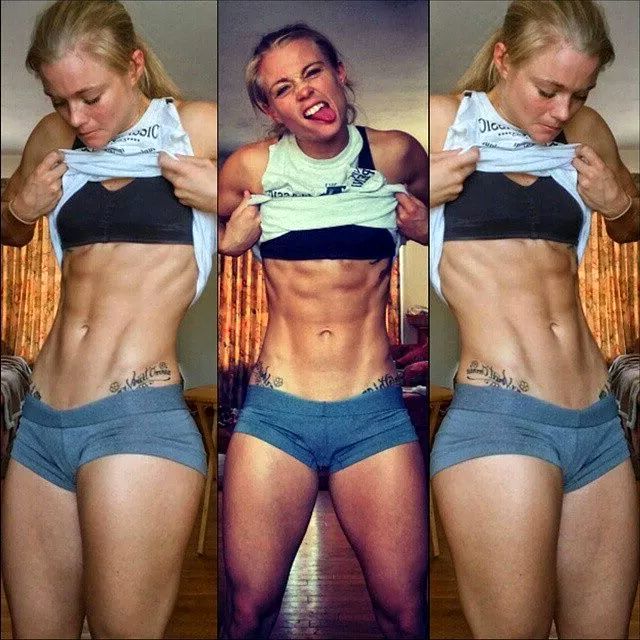 Best Crossfit Exercises To Get Abs 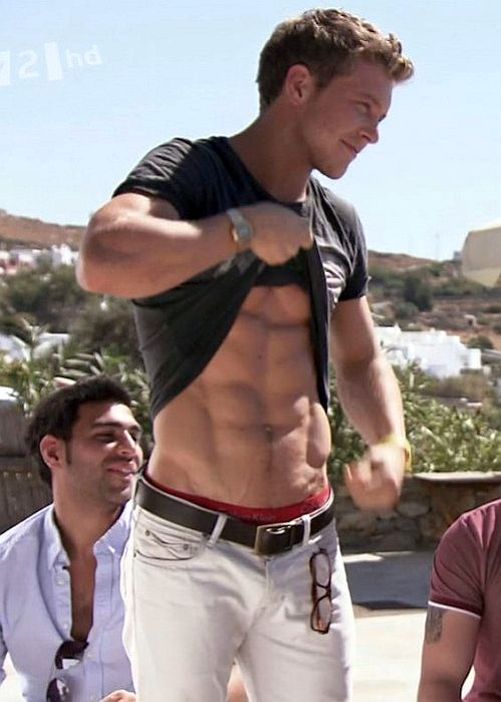 You know that v shape on guys.  It's called the adonis belt and it's the two grooves that runs... read more 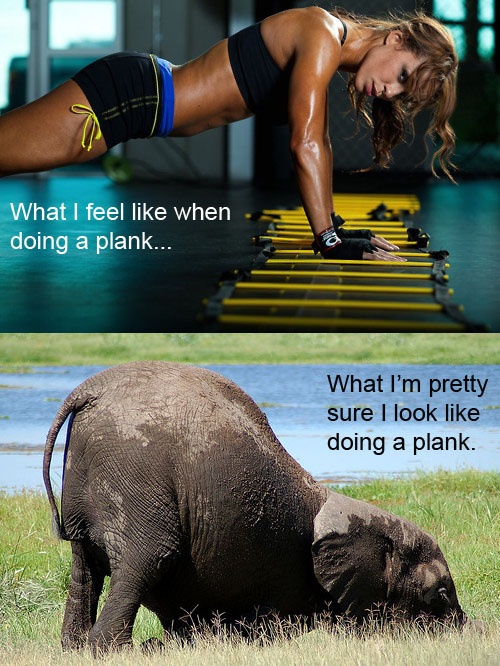 Whether you're trying to get those cut V shaped abs or just trying to tighten up the tummy, few... read more